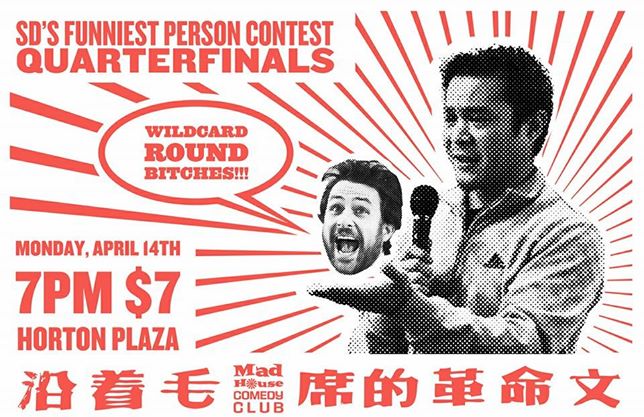 I was only a couple months into my stand up comedy voyage when a fellow comic suggested I enter the Mad House Comedy Club’s San Diego’s Funniest Person Contest for 2014. I think it was 100 comics, I made it to the WILDCARD round. In my first year I was able to slide into the top 24 if I sucked the hardest that night I got eliminated from the contest. I’ll take that. Not to bad for punk rock. Here’s a clip from that competition. This was March 2014.

At this point I had finally started to discover the open mic circuit here in San Diego. After a while I was up to 10-12 mics a week between San Diego, Orange County, Los Angeles and Inland Empire. 2014 was my rookie season and I was shooting for the net with every shot I had off the bench, whether it be open mics, booked shows, contests, bringer shows and even picking the Karaoke song with a long music break to slide one or two in… I was hungry. Los Angeles and OC started to work there way into the mix more as I started to meet more and more comics. Then my Uncle Joey reminded me…