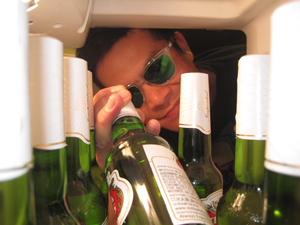 Randy Villarba is a comic and writer based in Las Vegas, Nevada.

As a stand up comic and has featured at The Comedy Store Hollywood and The Comedy Store La Jolla, Flappers Burbank, Inside Jokes LA at Mann’s Chinese Theater, Jon Lovitz Comedy Club, Mad House Comedy Club, V Theater at Planet Hollywood, along with various clubs, bars and mics in the Western United States. Villarba was on Deathsquad’s Kill Tony Podcast and Comic’s Talk Comedy on WSradio.  Villarba hosted a stand up comedy night at JP’s Pub in San Diego for 4 years.

Villarba left the beaches of Southern California for the nightlife of Las Vegas. Surrounded by legal cannabis, craps tables and Vegas Golden Knights hockey. All the while, day dreaming of the snow capped mountains of the John Muir Wilderness. A fan of Guinness and Magic Hat #9′s, he can be found playing pinball, singing karaoke, mountain biking, snowboarding or having a late night carne asada burrito or ramen.

Reach him at randy [at] randywrites [dot] com at your own peril. But @randywrites on Twitter or on Instagram @randyvillarba will probably garner a quicker response.